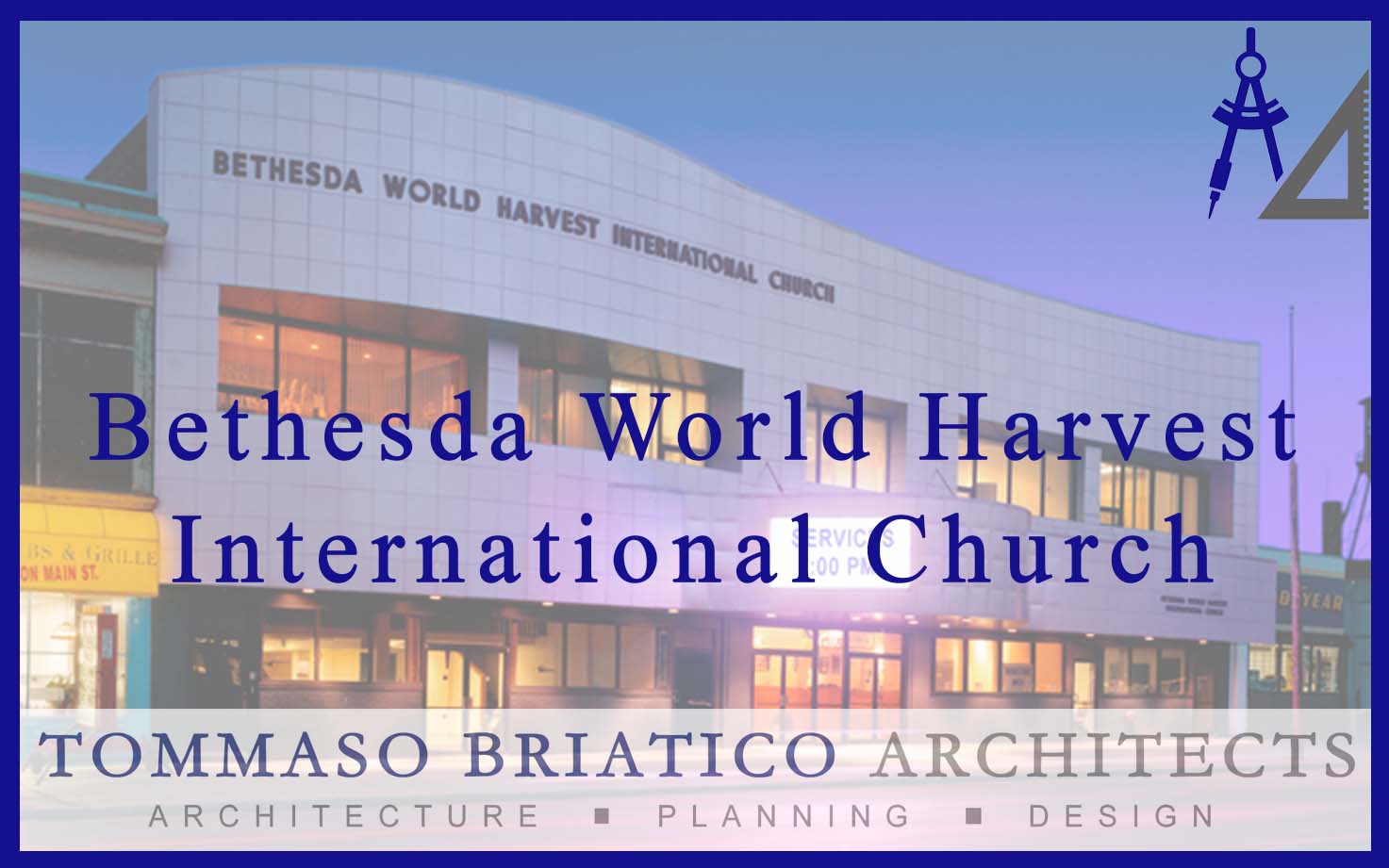 After undergoing an extensive interior renovation to this existing church (by a competing architectural firm), the congregation felt that the exterior facade required a fresh design – one not only in keeping with this update, but of a character which clearly reflected their dedication to the urban way of life. Thus the mandate given to Tommaso Briatico Architects was exactly that – invent a modern and urban façade which would express not only the spiritual aspirations of a church, but also weave itself into the existing city neighborhood. Furthermore, the solution was asked to include two LED signs at the entry canopy – modern equivalents of the old letterboards often seen fronting churches.

Using an innovative metal panel system, the design playfully wove modern building technologies into a contemporary and sleek expression of possibility. Warmly received by the congregation and local community, the design has been welcomed as a much needed and forward looking contribution to the urban fabric of Buffalo.